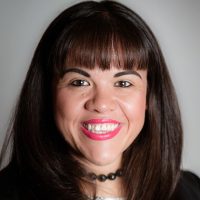 Ana possesses more than 20 years of experience as an educational leader and teacher.

She most recently served as Executive Director of Midwest Regional Programs at New Leaders with New Schools, where she worked with school systems nationwide, creating successful program design and leadership development from teachers to principal supervisors, managed regional program implementation and student achievement, and served more than 100 school leaders at multiple schools throughout Chicago.

Ana’s specialization in developing underprivileged school districts and transformational school leaders made her a great fit for IDEA. Before becoming the Executive Director of Midwest Regional Programs, Ana served as Founding Principal of Rowe Elementary School, a Tier 1+ public charter school in Chicago aimed at ensuring all scholars are set up for college, careers, and citizenship.  At Rowe, she was the primary architect for programming design and growth and ensured the school scaled to serve more than 1,000 scholars in kindergarten through 8th grade across two facilities.

Ana is the Executive Director of IDEA Tarrant County and serves on board of the Danieldson Group and Surge Institute. She resides in Fort Worth with her two daughters, Cataleya and Zinnia.