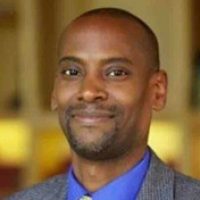 Frankie is a native Texan, the fourth of eight children from a single parent home where he spent the majority of his youth residing in impoverished San Antonio Housing Projects. He dutifully served our beloved country in the U.S. Army and is an alumnus of The University of Texas at San Antonio.

As an educator, Frankie believes that social justice and access & equity are the birthright of all. Frankie has extensive experience in closing the achievement gap in underserved and underrepresented communities. Equally, Frankie proffers a distinguished record of results on student achievement goals and outcomes. Frankie often says, “We don’t do what’s easiest for adults; we do what’s best for kids.”

Frankie has taught and served as an administrator in both middle and high school settings. He has had the privilege of being a founding teacher and founding campus administrator for IDEA Public Schools serving in the Rio Grande Valley area. Frankie’s portfolio includes supervising, coaching, and training principals as well as managing all facets of school related operations in elementary, K-8, middle, high, virtual, alternative, and early college school environments. Frankie’s experience of school area supervision encompasses school residing in inner-city, urban, suburban, rural, traditional public school, and charter school communities. His journey has lead him to serve and acquire classroom educator licenses as well as campus and district level administrator certifications in Texas, Alabama, and South Carolina. Frankie is honored and humbled to serve the esteemed El Paso community as the Vice-President of Schools for IDEA Public Schools.

Frankie has a beautiful wife and three delightfully inquisitive children.