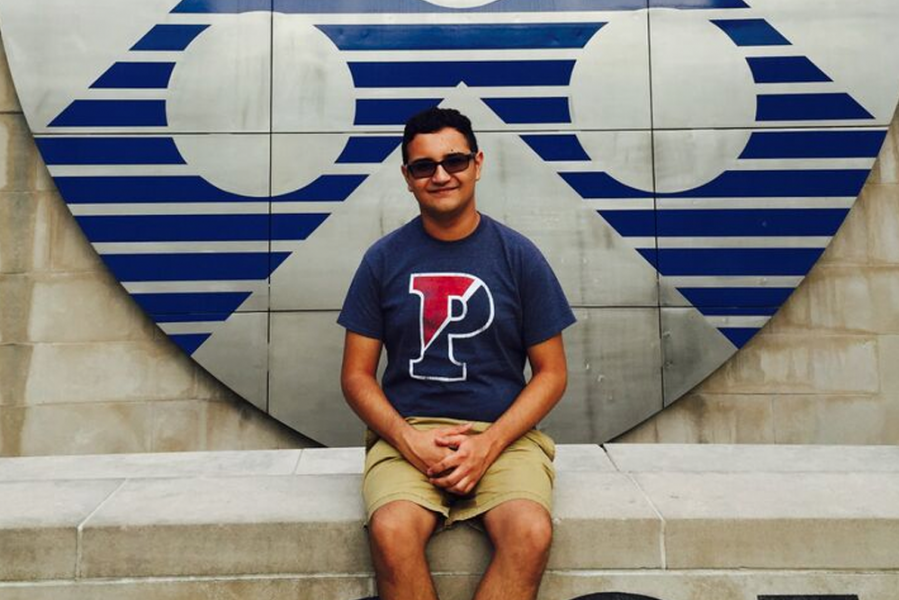 He thrived there and was involved in just about everything. He was president of the AVID Club, a member of Spanish National Honor Society, founded a Model United Nations club with a friend, and participated in theatre and UIL.

“I was blessed to represent Quest twice at the UIL state competition for Literary Criticism.”

And, by the time he graduated, he had taken and passed 11 Advanced Placement exams. They offered Dylan the opportunity to become acquainted and accustomed to college level coursework.

“I feel more prepared for the academic rigor of the next four years.”

Today Dylan attends the University of Pennsylvania, an Ivy League school, and majors in Biological Basis of Behavior. When you look at the resume of a motivated and smart young man like Dylan, it is no wonder why he was accepted to such a prestigious university.

However, acceptance to the University of Pennsylvania came as a pleasant surprise to Dylan.

“I distinctly remember the moment that I refreshed my application status page. As I read the letter in the car, joy and excitement filled my body. I screamed, which nearly made my mom drive off the other lane. At that moment, I knew all of my hard-work paid off.”

Dylan also credits on of the greatest achievements of his young live, getting accepted to the University of Pennsylvania, to IDEA Public Schools. He knows first-hand the importance of IDEA Public Schools’ commitment to college for all children.

“I can attest to the fact that IDEA opens students’ eyes to the limitless possibilities. In fact, I owe much of where I am today to IDEA. Never in my wildest dreams did I ever imaging attending the number one private school in the U.S.”