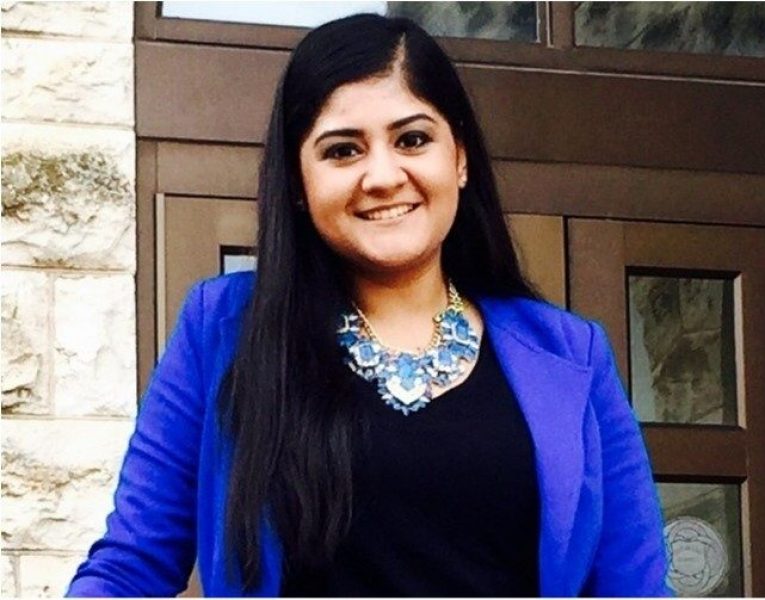 It was the roadside signs that sparked Alexandra Vasquez’s (IDEA College Prep Mission ’14) interest in attending IDEA Public Schools. She recalls reading IDEA’s mission in big bold letters and couldn’t resist asking her parents to inquire about attending. Before she knew it, her parents had registered Alexandra and her two younger sisters at IDEA Mission.

Initially, Alexandra had a rough start.

“I was so used to being an ‘A’ student at my previous school, but upon my arrival to IDEA I was not producing the work of an ‘A’ student,” says Alexandra.

“Come on love, you’re a Vasquez, you’re Alexandra Vasquez – make it happen. The brightest people are not the ones who get it right the first time, it’s the people who have the tenacity to keep pushing through and trying until they surpass their expectations – make it happen.”

Over the course of her high school career, Alexandra followed Ms. Wilson’s advice and “made it happen.” She even became class president and presented the senior class speech at graduation.

Today, Alexandra attends Southwestern University in Georgetown, Texas, and is a member of Operation Achievement, the Finch Society, and Latinos Unidos. And, despite her busy schedule, she manages to make time to be a Spanish tutor. Alexandra currently majors in Latin American and Border Studies, and Spanish. When asked what she wants to do when she graduates, Alexandra quotes a speech given at her senior brunch by Ms. Irma Munoz, chief operating officer at IDEA Public Schools:

“In life we must remember the following, we all had help or were guided by the mentors and individuals before us, so it is our responsibility to pay it forward for the generation after us.”

In a nutshell, Alexandra plans to pay it forward.