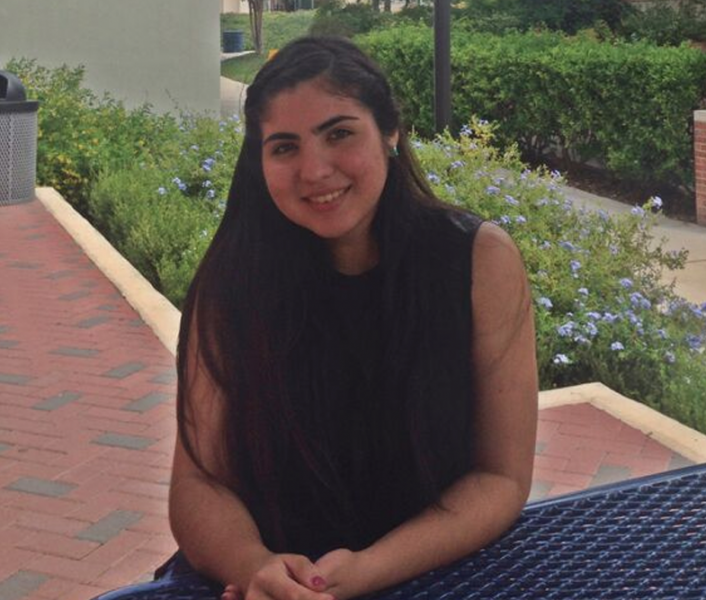 “My mother was right, and I instantly felt comfortable and liked IDEA Frontier,” says Maria.

While attending IDEA, Maria became a confident, self-disciplined, and well-rounded student. In high school, she was a member of the National Honor Society, the volleyball team, and a green club called Chargers Changing the Community. But being involved in a variety of extracurricular activities and organizations while keeping up with the rigor of her academic workload wasn’t easy. Fortunately, Maria was inspired to work hard by her college counselor, Mrs. Liliana Salas. She was living proof that you can do it all. No excuses.

“The story of how Mrs. Salas was able to complete her studies was inspirational, and I was able to identify with her,” Maria says. “Without her help, I would have not been able to matriculate into a four-year university.”

In fall of 2014 Maria entered St. Mary’s University, a private university in San Antonio, located a little more than 250 miles away from her hometown in Brownsville, Texas.

“The biggest goal I made while being at IDEA was to attend a university that was away from home. I always wanted to have the complete college experience.”

Thanks to the Advanced Placement courses she completed in high school, Maria began her college career with her foreign language and upper-level English requirements fulfilled.

She is currently a Biology major, and aspires to be an optometrist, a profession that has always sparked her interest. Maria also dreams of giving back to students before attending optometry school.

“I want to be able to contribute to the learning of future generations of students. I want to be a teacher that inspires and motivates them to become better citizens, and classmates.”

Her desire to pay it forward is inspirational. Students like Maria are the future. They will be tomorrow’s leaders, teach students to be better citizens, and remind them they can do it all. No excuses.