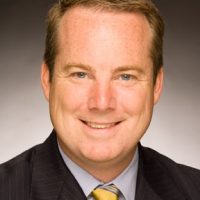 In his role, Lindgren is responsible for organizing business leadership from CBC and CRBC to address critical issues facing the city and the region. During his tenure, the CBC has spearheaded efforts to accelerate an innovation economy in the Cincinnati region. The CBC’s Regional Innovation Task Force launched Cintrifuse – an organization charged with scaling the innovation ecosystem while increasing risk capital and the number of venture-worthy companies in the region.

The CBC and CRBC have also led major school reform initiatives including the regional launch of Teach for America and Accelerate Great Schools. After in-depth analyses of CPS’ financial situation and the value of preschool, the organizations worked with community stakeholders to pass Issue 44- a levy that dramatically expanded public and private preschool opportunities in Cincinnati. Both organizations also helped lead the creation of the Regional Economic Development Initiative Cincinnati (REDI) and have been key advocates for improved transportation infrastructure and government efficiency.

Lindgren formerly served as the chief of staff for U.S. Representative Steve Chabot (R-Ohio) and in a similar capacity for the House Small Business Committee (minority) when Chabot was the Ranking Member.

Lindgren currently serves on a number of boards and committees that include the Ohio Third Frontier Commission, Cincinnati Museum Center, REDI Cincinnati and Cintrifuse.

Lindgren is a graduate of Indiana University and Sycamore High School in Cincinnati. Gary and his wife Susan have two children, Jack and Courtney.