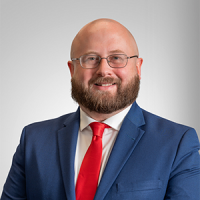 Originally from Xenia, Ohio, Matthew (Matt) Kyle graduated from The Ohio State University with a major in Economics and earned his Master of Education from the Antioch University Midwest. Matt began his educational career as a Teach For America Corps Member, after which he transitioned to IDEA College Preparatory Pharr as an AP World History teacher. From there he transitioned into school leadership at IDEA Mission, where as school principal, he led the campus to an “A” state-rating every year and met 100% college matriculation. The school was eventually ranked seventh in the nation on the Jay Mathews Challenge Index. Matt then served as a Vice President of Schools for the Rio Grande Valley managing eight schools to major improvements in student outcomes. Currently, he serves as Executive Director, launching IDEA’s Cincinnati region. Matt’s goal is to bring the unique opportunities IDEA has to offer to Cincinnati and the state of Ohio.

Matt currently resides in Wyoming, OH with his wife and five children.