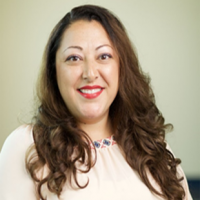 Andrea Lopez Fernandez started her career with IDEA over 13 years ago and has served in multiple different roles within the organization. She began as a founding teacher at IDEA San Juan CP (2009) before transitioning to be an Assistant Principal at IDEA’s Flagship campus, IDEA Donna (2010-2012). After those two years, Andrea transitioned back to IDEA San Juan College Prep, where she served as Principal from 2012-2017. During her tenure there, her team accomplished 5 straight years of 100% college acceptance and matriculation for 400+ students. Additionally, under her leadership IDEA San Juan College Prep achieved multiple state and national rankings including being named the 10th Most Challenging High School in the US by Washington Post and multiple years of state and national rankings in US News & World Report.

Andrea transitioned to IDEA San Antonio as Principal at IDEA Walzem College Prep to launch their high school in 2017 and became the Executive Principal of grades K-11 at IDEA Walzem Academy & College Prep for the 2019-2020 school year, leading increases in teacher retention, student achievement, and organizational health during her tenure there. At both IDEA San Juan and IDEA Walzem, under her leadership, Andrea’s teams received Most Improved College Preparatory recognitions. Further, she has also been recognized for leadership development as she worked as a mentor principal for 9 Principals in Residence during her 8 years in the principalship. Andrea’s most recent role at IDEA is Vice President of Schools for IDEA San Antonio working with school leadership of 10 large and full-scale schools.

Andrea is looking forward to moving to the Austin area with her husband, Dario, and their two dogs, to engage in the work of Executive Director.