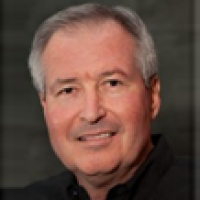 A first-generation high school and college graduate, Al Lopez’s career and service to IDEA and his community attest to the transformational power of education.

After finding his way to the University of Arizona on a baseball scholarship, he graduated with an accounting degree, and later an M.B.A. from the University of Northern Colorado, that set him on a course for a 30-year career as a finance executive for two international technology companies, Dell, Inc., and IBM.

Lopez retired from the corporate world in 2010 to serve the Austin community full-time where he was executive director of the Economic Growth Business Incubator (EGBI), a community development organization that serves helps mainly underserved members of Austin wanting to start a small business, has been a member on the St. John Neighborhood Association board, was board chair of the Austin Achievement Zone, and has supported the AVID program at Austin’s Northeast Early College High School.

In 2012, he was recognized as Austin ISD’s Latino volunteer of the year. After being introduced to IDEA in 2012 as the first Austin campus was being planned, Lopez stepped up during the next 10 years at every moment the organization needed him: in 2015 to join the national board, then to serve as its chair beginning in January 2020, and most recently volunteering to serve as Acting CEO & Superintendent.