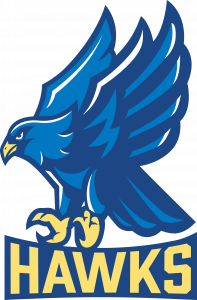 IDEA Hidden Meadow sets high expectations for every student and goes the extra mile to make sure every student realizes their own potential. Personalized learning, critical thinking skills, mastery of core subjects is our recipe for success.

IDEA Hidden Meadow is located at 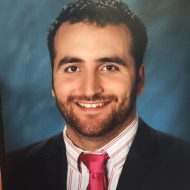 I am thrilled to launch IDEA Hidden Meadow Academy in the fall and extend IDEA’s promise of College for All on the Northwest side of San Antonio. My life’s mission is to extend the same opportunities that I had growing up to the scholars that I serve, having grown up with both parents as educators.

My circuitous journey in education
started as social studies teacher in the Rio Grande Valley, coaching varsity
baseball for four years @ PSJA ISD via Teach For America. After getting married
to my wife Michelle (also a teacher) and having our first child, we moved to
Massachusetts where I earned a Master’s in school leadership from Harvard
Graduate School of Education. I then moved back to my home in Seattle as a
middle school Asst Principal and elementary. My elementary was the recipient of
the Washington Achievement Award for overall academic excellence and in my
final year, grades 3-6 scholars performed at 94/84/53 (Level 2/3/4) on ELA and
95/84/54 overall on the 2017 Math Smarter Balanced assessment.

Following the birth of our twin boys, we
brought our family back to Texas: San Antonio! Last year at IDEA Judson I
learned under the tutelage of Hope Williams where I coached writing and K-2
reading. At Judson, I led the team to the writing distinction and 2nd grade
reading to 94% of scholars on grade level. This year at Carver Academy under
the leadership of Guadalupe Diaz, managing first and second grade, I am on
track to hit all of my goals.

I am the proud parent of three IDEA
scholars and I look forward to establishing a powerhouse A-Rated IDEA campus
with a rigorous, joyful culture of student achievement that serves all students. 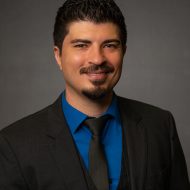 Mark Ruth was born and raised in Corpus Christi, TX. With the support of his family, he attended Baylor University and received his bachelor’s in Anthropology and Forensic Science in 2007. Mark married Jennifer Ruth in 2012 and together have a 9-year-old rescue terrier named Murphy.

Prior to joining IDEA Public Schools, Mark worked for Corpus Christi ISD as a 6th and 7th grade Science Teacher. His passion for creating strong learning environment was evident as he was selected as a district-level model teacher for classroom management.

Mark joined the IDEA team and family in 2011, serving as the 7th grade Science Teacher and Grade Team Leader at IDEA College Prep Alamo. Mark worked diligently to increase scholar achievement and the effectiveness of his team, earning Teacher-Leader of the Year for 2011-12. Through the development of IDEA’s leadership team, Mark became the Middle School Assistant Principal of Instruction, serving as the instructional coach for Science and Humanities.

In 2014, Mark and his family moved to Idaho, but his dedication to closing the achievement gap in Texas remained his passion, resulting in Mark working remotely to support district Academic Counselors and also managing the 21st Century After School programming grant for 29 campuses in San Antonio and the Rio Grande Valley. Through this work, more than 7,000 scholars gained access to high-level K-12 enrichment programming like mariachi, dance, theater, and creative arts.

Moving back to Texas in 2018, Mark was eager to get back to serving scholars and families on campus and become a San Antonio Principal-in-Residence at IDEA Najim College Prep and IDEA South Flores College Prep. Through his work at both campuses, Mark worked relentlessly with the Math, Science, and Advanced Placement teams to close the achievement gap for all scholars.

Mark is excited to be the Founding Principal at IDEA Hidden Meadow College Prep and is eager to build Hawk traditions together with scholars, family, and staff! 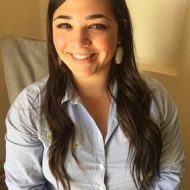 Growing up in a low-income community in a single parent household for the majority of her childhood years, no one really expected Ruby to graduate from high school and attend college.

Her family struggled everyday with putting food on the table, so college just wasn’t the expectation for her and her 3 siblings. Ruby allowed this to be the fuel and the motivation to ensure that she would grow up, graduate from college and prove the stereo type of single parent low income household data wrong.

Ruby graduated at the top of her high school class and started college off classified as a sophomore and graduated her 4 year degree in 3. She earned her Masters degree all while joining the army as an Ordnance officer in 2009.

Ruby now is married with 3 beautiful girls. She joined IDEA after finishing her contract in the Army back in 2016. She thrives knowing that there are many children in the situation that she was in growing up; with people who do not have much of an expectation for them to go to and through college. In her work as Assistant Principal of Operations, Ruby has made it her mission to ensure every child that crosses her path knows that no matter what homelife or background they are currently in, they too have the opportunity to go to and through college when willing to put in the hard work and dedication. IDEA’s values and mission inspire her daily work and she is ecstatic to be joining the Hidden Meadow community.