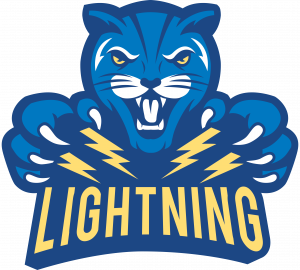 school has started and class is now in session, idea edgecliff!

Seats are now available for the 2021-22 school year in grades K-3 & 5-7! Apply today at ideapublicschools.org/apply.

IDEA Edgecliff is located at 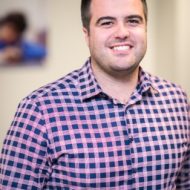 Christina’s career with IDEA Public Schools began in June 2003, where she was one of five founding high school teachers at ICP Donna. Between 2003 and 2007, Christina taught 8th, 9th, 10th and 11th grade humanities, and led her team as the humanities content leader for two years.

Christina’s career with IDEA Public Schools began in June 2003, where she was one of five founding high school teachers at ICP Donna. Between 2003 and 2007, Christina taught 8th, 9th, 10th and 11th grade humanities, and led her team as the humanities content leader for two years. Christina continued her role as a teacher and added on more responsibilities as an Assistant Principal/Dean of Students for the middle and high school. In this role, Christina was responsible for creating many of the student structures and systems at ICP Donna. After two years as an Assistant Principal, Christina became the first Alumni Affairs Coordinator for the organization to help ensure that 100% of IDEA’s alumni finish college within four years.

In 2007, Christina was asked to lead the Human Resources Department for the organization, and served as the Vice President of Human Resources for two years. Her aspirations of becoming a school principal came to fruition when Christina returned to ICP Donna in 2009 as the middle school principal. In June 2010, Christina was named Principal of IDEA College Prep Donna. While Principal at ICP Donna, it has been named one of the Best High Schools in the nation by US News & World Report. Christina now serves as Principal at IDEA Academy Mission.

Christina earned a Bachelor of Arts Degree in History from Grinnell College in 2002. She later earned a Master’s Degree in Educational Leadership at Sam Houston State University. 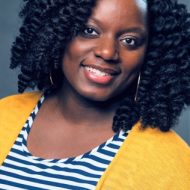 In this position her scholars reached 92% passing and 28% commended. After being in the classroom for three years, she was promoted to Assistant Principal of Instruction at IDEA Mays College Prep under Gerald Boyd. As the Assistant Principal of Instruction, she led the Mays math team in 2019 to achieve 92|64|36. She served as the interim principal at IDEA Mays College Prep from November 2019 through the end of the school year.
Kenieka attended the University of Cincinnati and received her Bachelor of Science degree in Middle Childhood Education. Mrs. Francis also earned her Masters in Educational Leadership & Policy Studies with principalship from the University of Texas-Arlington in 2018. In addition to her education and career, Kenieka is a devoted wife and mother. Her and Renaldo Francis, eloped in 2017 and have a handsome little boy named Jahlil Titan.
All who have worked with her agree Kenieka brings passion and inspiration to those around her. Her expertise and skills around content, pedagogy, and culture is what she brings to the Tarrant County Region.