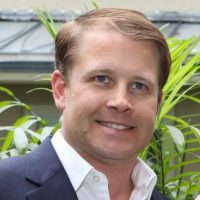 Erich Holmsten brings more than 20 years of finance experience to IDEA and its operations as a large publicly and privately funded nonprofit.

Based in Fort Worth, where he also chairs the Tarrant County IDEA Regional Board, Erich is the Founder and the Managing Partner of E Capital in Fort Worth. Before his current role, he was a Vice President in Corporate Finance with Merrill Lynch in New York and an Associate with Morgan Stanley.

Erich and his wife, Gloria, have three daughters. He earned his undergraduate degree from the University of Texas at Austin and his M.B.A from Rice University.