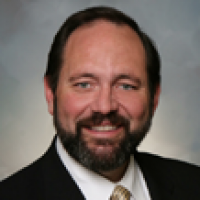 David Earl is the Founder and President of Earl & Associates, a law firm based in San Antonio. His areas of practice and legal experience include mediation, economic development, platting, land use, vested rights, municipal law, utility law, water, and environmental law, and governmental relations.

David served as an attorney for the City of San Antonio from 1989 -1993, Environmental Counsel for the San Antonio Water System from 1993-1996, and has served as the City Attorney for multiple other municipalities in Texas throughout his career. David has also owned a Fee Title Office and served as a Vice President with First American Title Company.

David is also a land developer, and as a developer and attorney, has worked on the development of more than 25,000 acres of property in Texas, creating over $3 Billion Dollars of future Tax Base for local communities. David earned his undergraduate degree and a law degree from St. Mary’s University. David also serves on the San Antonio Regional Board for IDEA Public Schools.