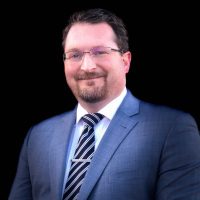 With experience as an afterschool paraprofessional, teacher, assistant principal, principal, district superintendent and state official, Dr. Jeff Cottrill joined IDEA as Superintendent in 2022 after five years as a senior leader at the Texas Education Agency (TEA). As TEA’s Deputy Commissioner for Governance and Accountability, he was responsible for overseeing districts and charter schools in need of significant reform or improvement.

Prior to TEA, Jeff served as school superintendent in Knippa, Texas, west of San Antonio. Over seven years he led significant increases in student enrollment and achievement, earning A ratings from the state. He was honored twice as the greater San Antonio region’s superintendent of the year.

At the school level, Jeff was an elementary principal and assistant principal in North Texas and a 4th Grade teacher outside Dallas. While living in Uvalde, Texas, he volunteered as a Court-Appointed Special Advocate to advocate for children and youth in foster care and the juvenile justice system.

Jeff and his wife, Monica, live in Buda, Texas, near Austin. Their six children attend public schools, and Monica is an elementary school counselor.