IDEA San Benito sets high expectations for every student and goes the extra mile to make sure every student realizes their own potential. Personalized learning, critical thinking skills, mastery of core subjects is our recipe for success.

IDEA San Benito is located at

With a career in elementary education spanning nearly two decades, Ms. Christina Villarreal has shown again and again that she knows what it takes to help students reach their highest potential.

Having taught 1st – 3rd grades in San Benito ISD for more than ten years, Christina arrived at IDEA Academy San Benito in the summer of 2012 as a 3rd grade teacher.  Since then, she has served as an API, and this year, as a PIR. Christina led her teachers and students to enormous DI gains, the best results in campus history. Christina has been the Dragons’ interim principal for the past few months, and has continuously demonstrated the ability to help guide San Benito to even greater heights.

On the drive to better her students’ futures, Christina said: “Seeing each and every day that a school with high expectations in culture and academics is possible and changing the lives of scholars is what has led me to want to become a principal.” 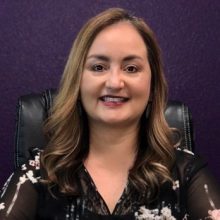 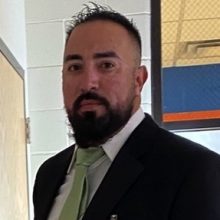 Jose Luis Lopez was born in San Benito and raised in the outskirts of Lozano, TX. He grew up hunting and fishing and enjoyed the outdoors. Jose Luis graduated high school as a Bobcat and college as a Scorpion at The University Texas at Brownsville with a Bachelor of Arts in Criminal Justice Police Administration.

Jose is married to his wife, Lisa and has three children, a son named Jose and daughters Julissa and Laylah. Upon completion of his Bachelor of Arts, he worked from being a Sergeant to Lieutenant in various correctional facilities. Jose Luis quickly figured out he had a different calling and needed to transition from a correctional career to teaching and guiding young scholars. While attending an alternative certification program Jose Luis Continued to work in Correctional Transportation.

Jose Luis received several core values awards such as closing the Achievement Gap, Team and Family, and an exemplified IDEA employee. Above all else, Jose Luis understands that education is very important to our future generations and the effort is needed to impact our society and provide positive influence on our scholars.