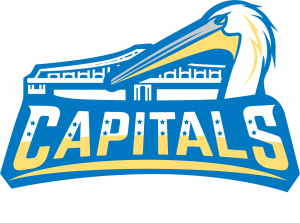 IDEA Bridge sets high expectations for every student and goes the extra mile to make sure every student realizes their own potential. Personalized learning, critical thinking skills, mastery of core subjects is our recipe for success.

IDEA Bridge is located at

For more information regarding IDEA Southern Louisiana’s Board of Directors, including members names and previous meetings, click the button below! 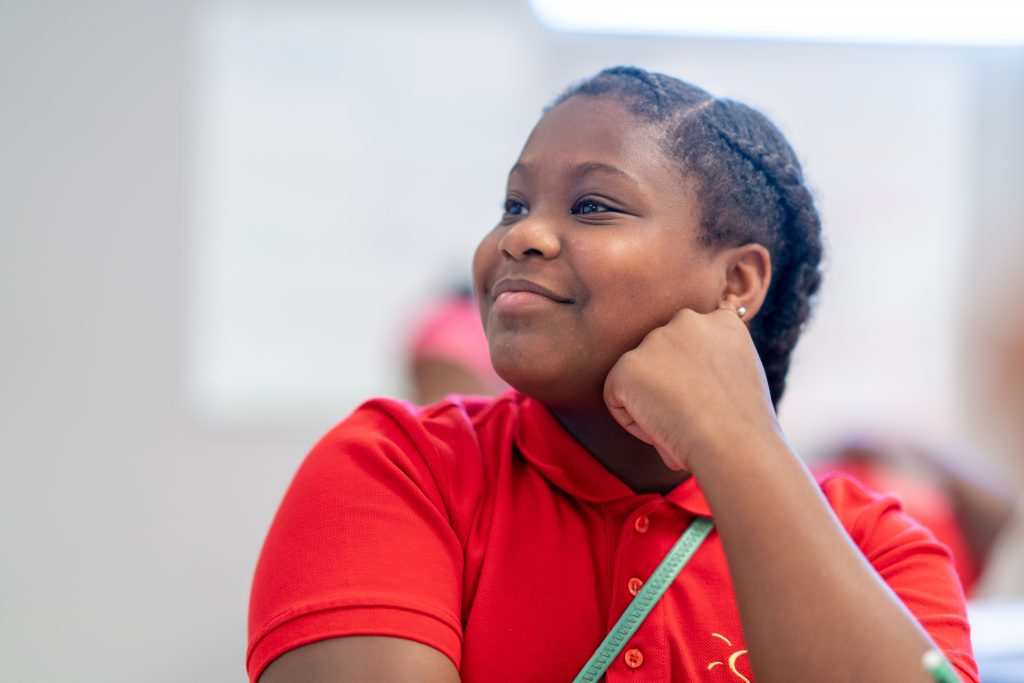 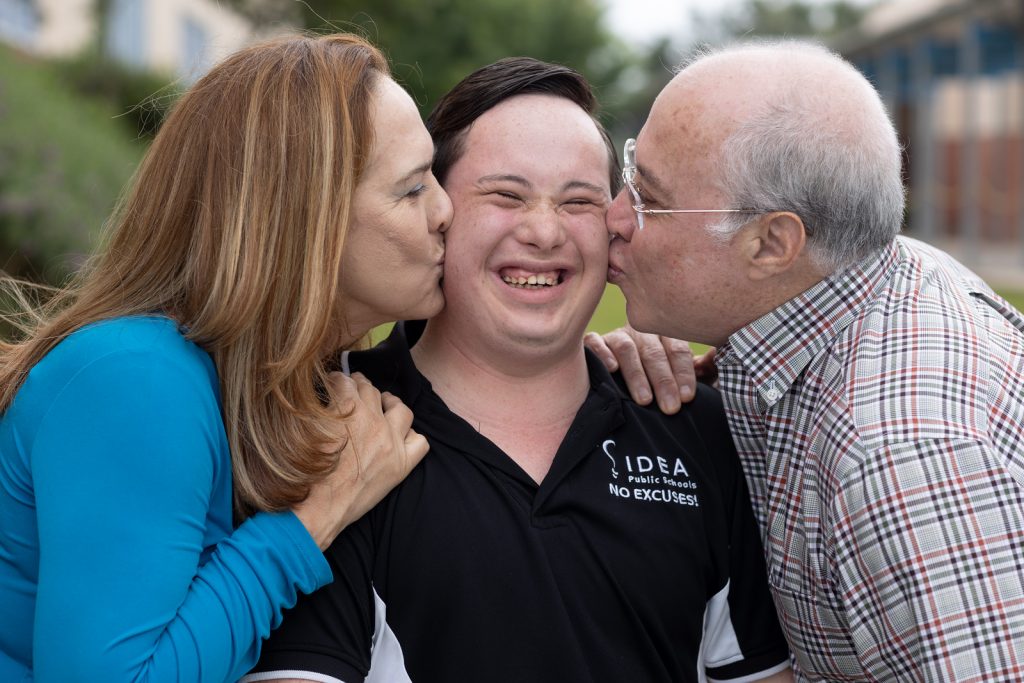 The Special Programs team provides resources, training, and support for all campuses that service students who are English Language Learners (ELL) and/or receive 504, Homebound, Dyslexia, or Special Education services. Additionally, we provide resources, training, and support for the Response to Intervention (RtI) process and for campuses that service students who receive a specialized remedial curriculum for additional academic support.

Christina’s career with IDEA Public Schools began in June 2003, where she was one of five founding high school teachers at ICP Donna. Between 2003 and 2007, Christina taught 8th, 9th, 10th and 11th grade humanities, and led her team as the humanities content leader for two years.

Christina’s career with IDEA Public Schools began in June 2003, where she was one of five founding high school teachers at ICP Donna. Between 2003 and 2007, Christina taught 8th, 9th, 10th and 11th grade humanities, and led her team as the humanities content leader for two years. Christina continued her role as a teacher and added on more responsibilities as an Assistant Principal/Dean of Students for the middle and high school. In this role, Christina was responsible for creating many of the student structures and systems at ICP Donna. After two years as an Assistant Principal, Christina became the first Alumni Affairs Coordinator for the organization to help ensure that 100% of IDEA’s alumni finish college within four years.

In 2007, Christina was asked to lead the Human Resources Department for the organization, and served as the Vice President of Human Resources for two years. Her aspirations of becoming a school principal came to fruition when Christina returned to ICP Donna in 2009 as the middle school principal. In June 2010, Christina was named Principal of IDEA College Prep Donna. While Principal at ICP Donna, it has been named one of the Best High Schools in the nation by US News & World Report. Christina now serves as Principal at IDEA Academy Mission.

Christina earned a Bachelor of Arts Degree in History from Grinnell College in 2002. She later earned a Master’s Degree in Educational Leadership at Sam Houston State University. 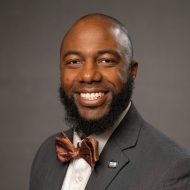 Curtis Lawrence, though with family roots in Ghana, West Africa, was born and raised in Brooklyn, New York City.  It was in New York City, after graduate school where he started his career as a teacher in the underserved community of West Harlem at the college preparatory school, Frederick Douglass Academy. There he served as a History Teacher, Chair of the History Department and Dean of Students.  In his first year at Frederick Douglass, he gave his 7th grade students the 11th grade high school state history exam; they went on to outperform the 11th graders on that exam scoring 85% and higher.

He has been recognized by Legacy Magazine – publication of Forbes, Inc., as a National History Teacher of the year, and helped his school receive the prestigious Schott’s Award from the Schott Foundation for consistently graduating the highest number of Black and Hispanic males in New York City and getting them into four-year colleges and universities.  At Frederick Douglass Academy, Mr. Lawrence has co-led student trips to England, Ghana, Greece, and Egypt, and has taught high school in Elmina, Ghana for a semester.

After leaving Frederick Douglass Academy, he has led and co-led turnaround schools in the South Bronx, NY; Newark, New Jersey, and Washington DC.  As a Principal in Washington DC, he led his High School to its highest recorded academic performance ever and closed a multi-million dollar deficit.

From 2014 – 2017, Mr. Lawrence, as the Founding Principal of IDEA Monterrey Park College Prep, he and his team led the school to back to back reception of all Texas distinctions, received A and B ratings on the Texas report card, and won the award for highest reading growth in the Southwest, US by Achieve 3000, Inc.  IDEA Monterrey Park College prided itself on its balance of high academic performance and 21 sports teams & 16 clubs.   Mr. Lawrence has a B.A. from Syracuse University, M.S. from Southern Illinois University, and M.S Ed from Baruch College. He is married to Malene Lawrence, an elementary school educator and NSBE Jr Chapter Founder.  They have two sons, Corey (13 years old) a freshman in high school, and Curtis III (14 years old) a freshman at George Washington University.

Curtis Lawrence is committed to IDEA Bridge to ensure 100% of the scholars get to and through a four-year college or university.  He understands education is a tool that empowers communities and diminishes the negative effect of socio-economic, ethnic, and racial barriers. 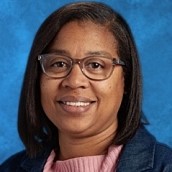 Mrs. Terrance began her career in education with East Baton Rouge School System.  Her 10 years serving students and fellow educators laid the foundation for her mission to inspire and encourage other families to value education and to volunteer time in the schools and in the community.

In 1999, Katrice began working with the Boys & Girls Club of Greater Baton Rouge as a Program Director. Katrice was promoted to Director of Operations at the Boys & Girls Club of Greater Baton Rouge. As Director of Operations, she oversaw over seventy staff members, nine elementary school sites, a middle school site and a high school location. She also acted as a parent liaison between her staff and board members. She is an advocate for the students she serves. Her goal is to enable all young people especially those who need assistance the most to become responsible, caring and productive citizens in their respective communities. Mrs. Terrance pressed upon on her students the importance of academics, character, leadership skills and healthy lifestyles. For her tremendous efforts she was recognized as Mississippi and Louisiana Area Council Professional of the year in 2018.

Ms. Terrance joined the IDEA Bridge Team and Family as the APO in 2018. Katrice Terrance is committed to IDEA Bridge to ensure 100% of the scholars get to and through a four-year college or university. She understands and is dedicated to making a difference and positively impacting in the lives of our children and families.

She is married to Brandon Terrance Sr. They have three wonderful children, Jasen, Justyce, and Brandon Jr.