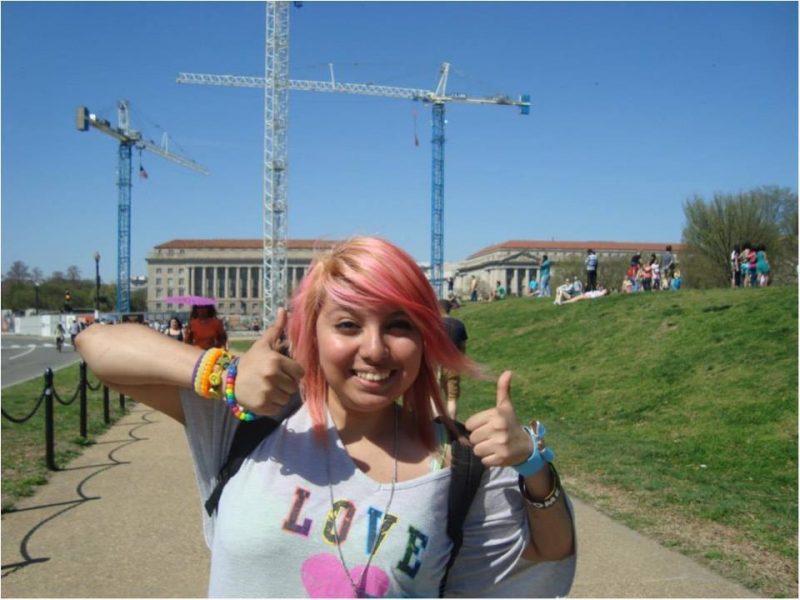 “Mr. Benavidez, my theatre teacher, gave me a creative outlet and encouraged me to be myself. He didn’t just teach me theatre, he taught me life lessons,’” says Abi.

With a new found confidence, Abi thrived at San Benito. She became president of iACT, the student drama club, and vice president of the National Honor Society.

Like many IDEA students, Abi had the opportunity to visit a university during her junior year of high school. Abi had no idea where she wanted to go to college, until she discovered Georgetown University in Washington, D.C., on a college visit. After that trip Georgetown was her goal. IDEA taught Abi that hard work, dedication, and a no excuses attitude was the only way to achieve a goal like that.

Abi’s dad gave her the good news. She knew immediately what his midday call meant. Abi asked her teacher for permission to step out of the room and take the call.

“It was really very surreal.

“When I walked back into class it was dead silent and my teacher asked me what the answer was. When I responded positively my entire class cheered. That’s what really made it special.”

Abi is still as passionate as ever about theatre. She is a double-major in Theatre and Performance Studies, and Sociology.

“Once I graduate I want to be a stage manager. My goal is to work with an activism oriented theatre company. I want to work in this kind of company, specifically, because I am a strong believer in theatre as activism, and if I can help change the world a few people at a time, then that would be amazing.”