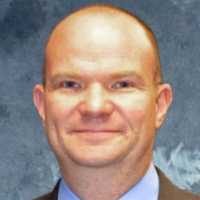 Martin serves as the Chief Human Assets Officer at IDEA Public Schools, leading the organization’s strategic efforts in the areas of recruitment, staffing, professional development, talent management, compensation and benefits, along with overall organizational health and retention of staff.

Martin first joined IDEA Public Schools in 2002 as a 7th grade English Language Arts teacher on the IDEA College Preparatory campus in Donna, Texas. He taught there for six years, while starting the district’s first teacher mentor program, and serving as both grade level team leader and department head. In 2008, Martin became IDEA’s Chief Schools Officer, overseeing the recruitment, selection, training and supervision of all the district’s principals and curriculum team at the time.

In his twenty-four years as an educator he has taught over 2,000 students at the elementary, middle, and high school levels. Martin is a former National Board Certified Teacher and holds degrees from the University of North Carolina at Charlotte, the University of Minnesota and the University of Texas-Pan American. He lives in Austin with his wife, the former Yolanda Sandoval, and their three children – Ethan, Sophia, and Audrey.