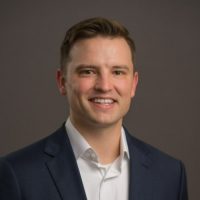 In Layne’s most recent role as Vice President of Auxiliary Services at IDEA, his responsibilities included leading the district’s transportation and warehousing, health and wellness, and IDEA’s child nutrition program. He expertly led IDEA’s COVID-19 task force and oversaw vaccination, testing, and the health and safety protocols that have enabled IDEA to safely provide in-person learning across our regions and campuses.

Before joining IDEA Public Schools, Layne worked at Uplift Education, a Dallas-Fort Worth based charter school operator, where he served for eight years in campus, regional and district level operations leadership roles. Layne attended the University of Tulsa where he received both his Bachelor of Science in Accounting and Master of Business Administration degrees and currently serves as an at-large member on the university’s Alumni Association Board of Directors.

Layne lives in Dallas, TX with his husband Casey, and the two enjoy spending time with their nieces and nephews, traveling, and are currently on a quest to visit all 30 Major League Baseball ballparks.