Proudly serving the parents, families and students of Weslaco, Texas. 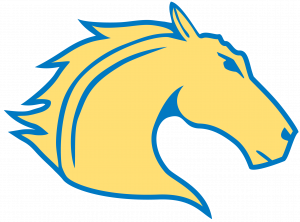 IDEA Weslaco sets high expectations for every student and goes the extra mile to make sure every student realizes their own potential. Personalized learning, critical thinking skills, mastery of core subjects is our recipe for success.

IDEA Weslaco is located at 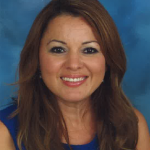 Born and raised in South McAllen and a graduate of McAllen High School, Sylvia Mejia became the first in her family to attend and graduate from college. As a graduate of the University of Texas Pan American, now UTRGV, with a degree in Bilingual Education she fulfilled her lifelong dream of becoming a teacher.

Her goals were to change the lives of students in her classroom and she began that mission in her neighborhood elementary
school that she attended Roosevelt Elementary in McAllen. She continued that mission in Weslaco where she taught at Rudy Silva Elementary in Weslaco in a
dual language elementary school and led the bilingual department at that school. She taught at several elementary grade levels and in her last year as a fifth-grade science teacher 100% percent of her students in her bilingual class
passed the state exam and over 60% reached commended status. She earned her Master’s in Educational Leadership from UTRGV in 2010.

In 2010 Sylvia joined IDEA Public Schools as a teacher recruiter. She was tasked with finding teachers like her, passionate teachers that would transform the lives of students in the Rio Grande Valley,
for the fast-growing organization. She joined IDEA Weslaco Academy in 2011 as an Assistant Principal of Instruction and has made this campus her home ever since. She moved up the ranks and took over as the campus principal in 2017-2018. IDEA Weslaco Academy has been recognized as the best academy/ primary school 4
times during her tenure.

Sylvia lives in Weslaco with her husband and three boys, all proud IDEA students. She is proud of serving the Weslaco community and ensuring that 100% of her students reach their full potential. 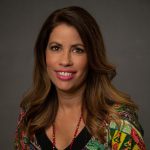 Leanna Sarinana has been an educator for over 20 years, serving the communities of San Benito, Laredo and Weslaco, TX.  Leanna graduated from Texas A&M University – Kingsville with a BA in Mathematics.

She began her teaching career in her hometown of San Benito, TX at her own middle school and taught courses ranging from 8th grade math to AP Calculus for 14 years.

Leanna began working for IDEA Public Schools in 2010 as a high school math teacher, served as a grade level and content leader and was recognized as IDEA’s Teacher of the Year in 2012.  She was promoted to school leadership in 2012 serving as an Assistant Principal of Instruction before joining the Principal in Residency program in 2015.  Her principalship began in the fall of 2015 when she joined the IDEA Weslaco College Preparatory team.  Her campus has recently been recognized as an A Campus by the Texas Education Agency.

Leanna believes in college for all children and operates daily knowing that adults who serve our students are successful when they are coached and developed.  Teaching and learning are her passions. 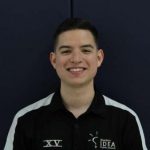 Jose Gonzalez has been an educator since 2014, serving the Weslaco community. Jose received his bachelor’s degree in Political Science, with high honors, from the University of Texas – Pan American.

He began his teaching career with IDEA Weslaco in 2014 and taught 8th grade U.S. History for 4 years and 12th grade AP Government and AP Microeconomics for 1 year.

Jose served as a middle and high school teacher, grade team leader, and was recognized as IDEA Weslaco’s College Prep Teacher of the Year in 2018. He was promoted to school leadership in 2019 serving as the Assistant Principal of Operations.

Jose believes in college for all children and is excited to be working with students in a different capacity since leaving the classroom. He holds high standards as he leads operations team to ensure student learning is maximized throughout the school day.