Proudly serving the parents, families and students of Mission, Texas. 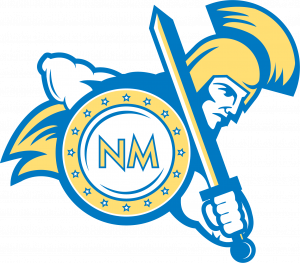 IDEA North Mission sets high expectations for every student and goes the extra mile to make sure every student realizes their own potential. Personalized learning, critical thinking skills, mastery of core subjects is our recipe for success.

IDEA North Mission is located at

Adriana Villarreal is a Rio Grande Valley native and grew up in Mission. Upon graduating from the University of Texas Pan-American in 2004, she was hired at La Joya ISD as a teacher, and taught at the 3rd, 4th, and 5th grade level for eight years. She takes great pride in helping the students in the Rio Grande Valley community in which she was raised.

Adriana joined IDEA Public Schools in 2012 to help fulfill IDEA’s mission of College For All Children. Adriana worked at IDEA Academy Edinburgh as an Academic Counselor and Testing Coordinator. Adrina further developed her professional leadership skills by completing IDEA’S Principal In Residence Program as an Assistant Principal of Instruction at IDEA Pharr.

Adriana is excited to serve as the founding principal at IDEA Academy North Mission and is committed to making IDEA’s mission of College For All Children a reality.

Dave was born in Elmhurst, Illinois, but grew up in Belleville, Illinois. He graduated from Wabash College (an all-male Liberal Arts Institution) in 2005 with his Bachelors of Arts in Mathematics and a vision to make every student a mathematician.  While at Wabash, he played basketball for 4 years and helped his team be nationally ranked.

During college, Dave also had the opportunity to explore the world in places like Ecuador, Greece, and Prague where his passion for internationalism was fueled.

In 2005, Dave joined Teach For America and began his journey in the educational movement to ensure that all children had access to an amazing educational experience.  He taught 8th grade mathematics in Rio Grande City at Ringgold Middle School for two years.  Dave’s combined passion for teaching and coaching was brought to life in 2007 when he joined IDEA College Prep Donna as a high school mathematics teacher, and coached both baseball and basketball.

In 2010, Dave completed his Masters in Mathematics with UTB-TSC and his aspirations to lead a school became even more of a reality because he was selected to be a Principal in Residence in 2013.

This school year is Dave’s 2nd year with the North Mission College Prep campus.  Last year was a successful year and Dave is looking forward to helping push the campus even further this upcoming year.  Dave’s biggest drive is to One Day see students succeeding in an IB program and competing with schools nationally, both academically and athletically.

Dave is currently living in Palmhurst with his wife, Stephanie, and their 3-year old baby girl, Abigail.