Proudly serving the parents, families and students of McAllen, Texas. 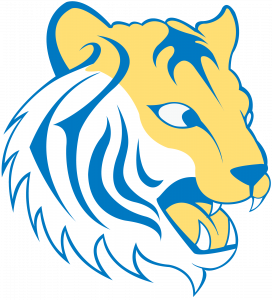 IDEA McAllen sets high expectations for every student and goes the extra mile to make sure every student realizes their own potential. Personalized learning, critical thinking skills, mastery of core subjects is our recipe for success.

IDEA Mcallen is located at

Hi McAllen team and family! I want to take a moment to introduce myself. My name is Darlene Espinoza and I will be the proud principal for IDEA Academy McAllen for the 2019-2020 school year!

My goal is to lead a transformational school where adults work relentlessly to build balanced students: students who are academically solid and emotionally intelligent. This approach best positions students to be contributing members of their community and our larger world.

I am a native of the Rio Grande Valley and am starting my 9th year with IDEA Public Schools! I am incredibly invested in IDEA, and am so excited about what our organization is doing for students in the Rio Grande Valley!  During my time with IDEA, I’ve had many roles including a teacher, interventionist, and assistant principal.

In 2001, Joán Sotero Alvarez graduated at the top of his class from Progreso High School. In 2004, he earned his Bachelor degree and English teaching certification, becoming a first generation college graduate.

He taught two successful years at Richard King High School in Corpus Christi, Texas. There he and his grade team helped close the achievement gap from 79% to 92% passing and was named CCISD Teacher of the Year. In 2007, he earned a Master’s degree in educational administration and pursued his dream career of becoming a Principal. He was so compelled to serve his Progreso Community that he decided to become a Principal for his alma mater. Joán is an Optimista Inductee of the Hispanic Hall of Fame as an Alumni Hispanic Scholar.

In 2011, he joined IDEA at IDEA College Preparatory Mission and served as Assistant Principal of Instruction. In 2012, he became a Rhodes Scholar and attended the Harvard Educational Leadership Program, which he describes as a one of a kind experience designed to build leadership capacity above and beyond. Joán is pursuing a Doctoral Degree in Education Leadership and continues to learn and expand as a leader.

He attributes his passion for education and merits to his teachers, leaders, students, and his parents -Manuel and Gloria Alvarez- and five brothers and sisters who instilled a goal-driven mindset in him.

Today, Joán is humbled to serve as the founding Principal of IDEA College Preparatory McAllen. He strongly believes in a vision where EVERYONE has high expectations and EVERYONE holds a strong conviction for College for All!