Proudly serving the parents, families and students of Midland, Texas. 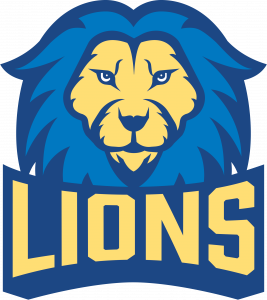 IDEA Travis sets high expectations for every student and goes the extra mile to make sure every student realizes their own potential. Personalized learning, critical thinking skills, mastery of core subjects is our recipe for success.

IDEA Travis is located at

Hailey McCarthy graduated with a business degree from the University of Minnesota-Twin Cities in 2008. Following graduation, she began her career in education teaching sixth grade Math with Teach For America in Rio Grande City, Texas where she worked towards closing the achievement gap.

Her experience with Teach for America ignited a passion for educational equity, and in 2010 she moved to Nicaragua to continue her work in education at the American Nicaraguan School as an eighth grade science teacher. While in Nicaragua, Mrs. McCarthy led her fellow co-workers from the position of science department head and grade-level team leader.

In 2012 Mrs. McCarthy returned to the United States and began working with IDEA Public Schools as the Assistant Principal of Operations at IDEA Quest College Prep. In 2013, Mrs. McCarthy was promoted to the role of Principal of IDEA South Flores Academy. She looks forward to continuing and growing in her role as a campus leader, and working towards IDEA’s goal of college for all.

A native of Xenia, Ohio, Matt attended a Carroll High School, a private Catholic school with a 98% college acceptance rate at the time. After graduating, Matt attended The Ohio State University where he majored in Economics. During his time in college Matt served as President of the Kappa Sigma Fraternity and helped turn a struggling organization into a nationally recognized and awarded fraternity, also receiving individual national recognition as the president or “Grand Master of the Year”. After college, Matt earned his Master’s in Education from Antioch University while also working for the prestigious Thomas B. Fordham Institute, an organization dedicated to reforming education at the national level. These experiences guided Matt’s interest into joining Teach for America, which brought Matt to the Rio Grande Valley. As a Corps Member he taught AP World History at Roma High School and helped re-write the curriculum to align to the AP standards leading to successful results even after he left to join IDEA Public Schools. Matt came to IDEA Pharr after his time in Roma and was the founding AP World History Teacher and as the 10th Grade Team Leader. After leading the district in AP testing results, Matt became an Assistant Principal of Instruction last year and a Principal in Residence this year at IDEA Mission College Prep where he has continued to coach his teachers and prepare IDEA students for college and lifetime success.

Matt currently lives in McAllen, TX with his loving wife, Margie (who also works for IDEA), their daughter Sutton and sons Mykel, Meryk and “baby” John. They are his motivation and drive him to become a better husband, father and servant every day.