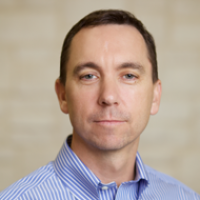 Upon graduating from Georgetown University with a degree in economics in 1997, Tom joined Teach For America and taught fourth grade in Donna, Texas for three years, after which he successfully launched the IDEA Academy in 2000, serving as the first board president and founding principal.

At 24 years of age, Tom was then Texas’ youngest-ever charter school founder. Since 2000, Tom has led the replication efforts of the original school. System-wide there are now more than 53,000 students enrolled in the 96 schools that comprise IDEA Public Schools.

By 2009, the U.S. News and World Report ranked IDEA Donna College Preparatory as the 13th best high school and second best charter high school in the nation. Also in 2009, IDEA Public Schools was the first-ever charter organization to be named the best school system in the state of Texas and received the H-E-B Excellence in Education Award. Today, The Washington Post’s latest rankings of America’s Most Challenging High Schools ranked all seven of IDEA’s eligible College Preparatory high schools in the top 200 high schools nationwide and in the top 50 in Texas.

Tom has been widely recognized in a variety of publications, including being featured in 2009 by Time magazine as Wendy Kopp’s pick for the 100 most influential global citizens. Tom is the recipient of the prestigious Peter Jennings Award for Civic Leadership (2009), University of Michigan Ross Business School’s Social Entrepreneur of the Year (2010), the Freddy Fender Humanitarian Award (2008), and served as Chairman of the 2007 National Charter Schools Conference. In 2018, Tom was inducted into the National Charter School Hall of Fame. Tom is often called upon to provide expert testimony to state and local officials on issues of education policy and school choice.

An avid runner and frequent Ironman triathlon competitor, Tom and his wife, Dr. Nina Lee Torkelson, live in the Rio Grande Valley with their three children, Lincoln, Liam, and Gwendolyn.

In April of 2020, after 20 years, Tom resigned from IDEA Public Schools to embark on the next chapter of his career.

We are excited to announce we are accepting applications for schools across Texas, Louisiana, Florida, and Cincinnati. Follow the button below to get the latest and greatest information about our application process, grade levels, and how to find a campus near you.