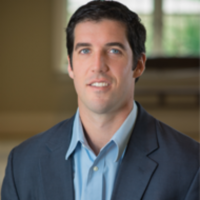 Sam is a graduate of the University of Richmond, the Harvard Graduate School of Education (M.A.), and the University of Texas at Austin (Ph.D.). He joined IDEA’s founding teaching team at IDEA Quest College Prep where he taught 6th grade math and science after teaching in Donna, Texas through Teach for America.

Sam also leads IDEA’s work at Camp RIO at Historic Lula Sams, IDEA’s outdoor school and summer camp. Before serving on the Advancement team Sam was the founding Principal of IDEA San Juan College Prep, which achieved an exemplary rating from the state each year for the three years during his tenure.

Sam lives in Austin, Texas with his wife Lenora and four children.