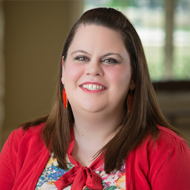 During Tricia’s time at IDEA, she has achieved an impressive record of results. In 2014 Tricia was asked to lead IDEA Academy San Benito, which previously struggled with low academic and operational performance and was rated Improvement Required by the state of Texas.

In just two short years, Tricia and her team increased STAAR passing scores double digits in both passing and commended, including special populations; reduced scholar withdrawals and met the 93% student persistence goal for the first time in the school’s history; increased the number of Accelerated Reader millionaires from 30 to 180; earned the highest reading growth at IDEA amongst critical intervention scholars; reduced student discipline referrals by over 98%; lead 90% of K-2nd graders to be on or above grade level;  and ensured the school earned 100% of eligible distinctions.

She led IDEA San Benito Academy’s transition to being the only STEM elementary in the entire Rio Grande Valley, piloting STEM programming that has scholars as young as 4 years old learning the engineering design process and prototyping solutions to complex engineering challenges. Tricia’s track record of developing other leaders is impressive: 4 of Tricia’s lead team members were promoted to Principals in Residence (PIR) and are now serving as IDEA principals.

Prior to serving as principal, Tricia worked on IDEA’s Human Assets team to recruit teachers and leaders for the Austin and San Antonio Regions, growing the PIR cohort and increasing the percentage of leaders of color by more than 90%. She originally joined IDEA in 2008 as a founding 6th grade ELA teacher at IDEA College Prep Mission. Before joining IDEA, Tricia taught middle school English Language Arts as a Teach For America Corps (TFA) Member in Brownsville where she increased her students’ TAKS passing rates from 40% to 91%. She also worked extensively with Teach for America, leading professional development for Teach for America South Dakota and New Mexico as well as leading corps member development at Teach for America’s summer institute.

Since 2017, Tricia has served as the Executive Director of IDEA Austin. During her tenure as Executive Director, the region is expanding from 6 to 26 schools, with over 88% of those schools being rated an A or B.

Tricia lives in Southeast Austin with her husband CJ and her four children Mia, Kaleb, Maribel and Ava. Outside of work, she is passionate about foster care and adoption.