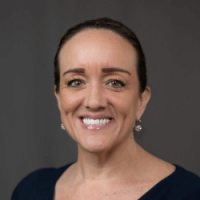 Julene is the Executive Director of IDEA Public Schools, Tampa Bay where she is responsible for the successful launch and growth of twenty high performing K-12 IDEA public schools, educating 15,000 students at scale and maintaining IDEA’s legacy of sending 100% of its graduates to college.   As a parent and Tampa resident, Julene brings to IDEA more than 25 years of experience as teacher and leader in elementary, middle school, high school, and post-secondary education settings.

Prior to joining IDEA in June 2019, Julene served as the Vice Provost of Programs and Academic Affairs for Ultimate Medical Academy, a non-profit nationally accredited institution based in Tampa, growing post-secondary online degree and career pathing opportunities for adult learners and Regional Executive Director with the Bureau of School Improvement at the Florida Department of Education supporting differentiated accountability efforts for persistently low performing public schools in 18 school districts.

Julene has a Master’s of Education from National Louis University and a Bachelor of Arts in American Culture from the University of Michigan.