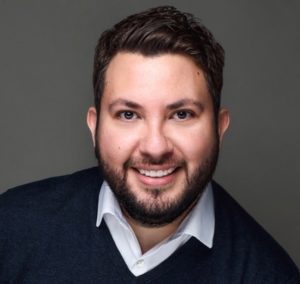 As a young soldier serving in the U.S. army, Ken Campbell learned the value of discipline, commitment and putting your team above all else. These were lessons that would ultimately shape his life and stay with him throughout his military career and tenure at IDEA Public Schools.

Born and raised in Mississippi, Campbell was raised by his mother and aunt who lived together and cleaned houses for a living. Despite having good grades, he admits that college was a bit of a mystery as no one in his family had attended and his high school didn’t talk to students about planning for college.

At seventeen years old, Campbell decided to enlist in the military but needed a bit of help getting in.

“I remember my mom crying when she signed the paperwork allowing me to enlist in the army because I was a minor,” says Campbell. “So, she signed for me and I turned 18 in basic training.”

“Joining the military was a very tangible next step after high school and would provide some money for college later,” he continues. “I really saw it as an opportunity to start a career and be able to help my family financially back home. It was a pathway for the future.”

While his days were filled with military service, Campbell says the army still stressed the importance of earning an education.

“There was a big emphasis on education and the army paid for a lot of your education while you’re serving,” says Campbell. “Even as a very young soldier, I was taking college courses toward getting a degree.”

Though Campbell was never deployed to a combat zone, he spent time stationed in Oklahoma and Washington D.C. as well as a year and a half in Italy and three years in Germany.

During his tenure, Campbell worked as an administrative specialist and as a chapel activity specialist where his duties included logistics and administration of the on-base church. Campbell moved his way up to an executive administrative assistant where he was trained to assist general officers.

“I got my associate’s degree, a bachelor’s degree and eventually a master’s degree and did it all as a working professional,” he says.

In total, Campbell served eight years of active duty and thirteen and a half years in the reserves before retiring as a captain in 2005.

After his retirement from the army, Campbell began consultancy work and found himself traveling and often away from his teenage son. While serving on the board of New Schools for Baton Rouge, a community partnership bringing together talent and resources to deliver excellent schools to students and families in Baton Rouge, Campbell received a fortuitous phone call from IDEA co-founder, president and superintendent, JoAnn Gama as IDEA prepared to launch its first region outside of Texas.

“I’d known JoAnn professionally for some time and she asked if I would like to help lead IDEA into Southern Louisiana,” he says. “I did not expect that it would lead to employment, I just felt that it was a great district and would be the right thing for me to help lead, shape and introduce IDEA to our community.”

“The most important lesson you learn in the military is that it’s not about you, it’s about the team,” he explains. “Everyone understands the integral importance that they play to the work we’re trying to do and have the opportunity to grow and advance and do increasingly important work.”

“Military service challenged me physically and mentally, and helped me grow as an individual,” says Campbell. “My father is retired from the military, I served myself, and now my son is a third-generation soldier living in Colorado. I think that’s a reminder that there’s a lot of benefit to be gained by choosing military service and the opportunities that come along with it.”