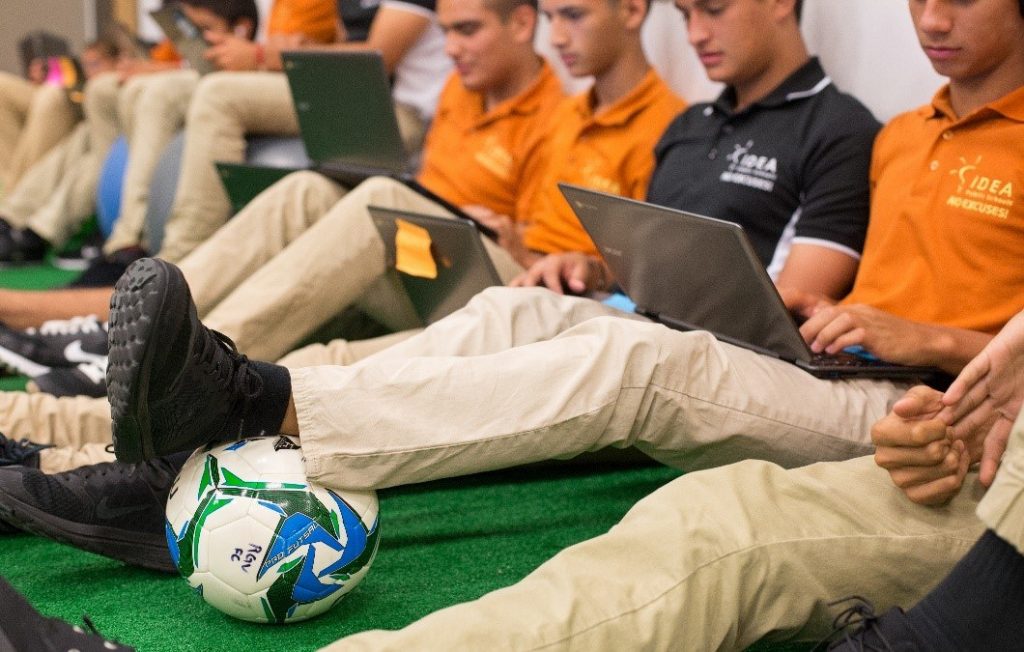 EDINBURG, TEXAS (December 10, 2018) – IDEA Public Schools invites the community to join local leaders and supporters in celebrating the groundbreaking of a permanent campus for IDEA Toros on Thursday, December 20th at 2:30 p.m.

Located at 1099 S. Doolittle Rd, Edinburg, TX at the intersection of Doolittle and Texas Ave, the campus will serve more than 300 students in August 2020 and will partner with the RGV FC Toros to be the highest producer of college-bound athletes in the Rio Grande Valley.

The Rio Grande Valley is home to some of the top soccer talent in the state, which prompted IDEA Public Schools to partner with the RGV FC Toros in 2016 to create a one-of-a-kind educational soccer academy called IDEA Toros. The upcoming groundbreaking will mark the beginning of a permanent new home for the campus in Edinburg.

IDEA Toros student athletes begin their day at 7:45 a.m. for soccer training before spending a portion of the day engaged in a rigorous, self-paced academic program. Unlike most high schools that require at least a 2.0 for extracurriculars, IDEA Toros athletes must maintain a 3.2 GPA in order to participate.

IDEA Toros currently has 140 students that are housed at the IDEA Owassa Campus. Staff and scholars will continue to operate out of IDEA Owassa until the IDEA Toros campus is complete, in January 2020.  Families with 5th grade – 11th grade students can currently apply for the 2019 school year at IDEA Toros on the IDEA Public Schools website.

To learn more about IDEA Public Schools or this event, please contact Marco Carbajal, Regional Communications Manager at 956-272-4392 or at marco.carbajal@ideapublicschools.org.