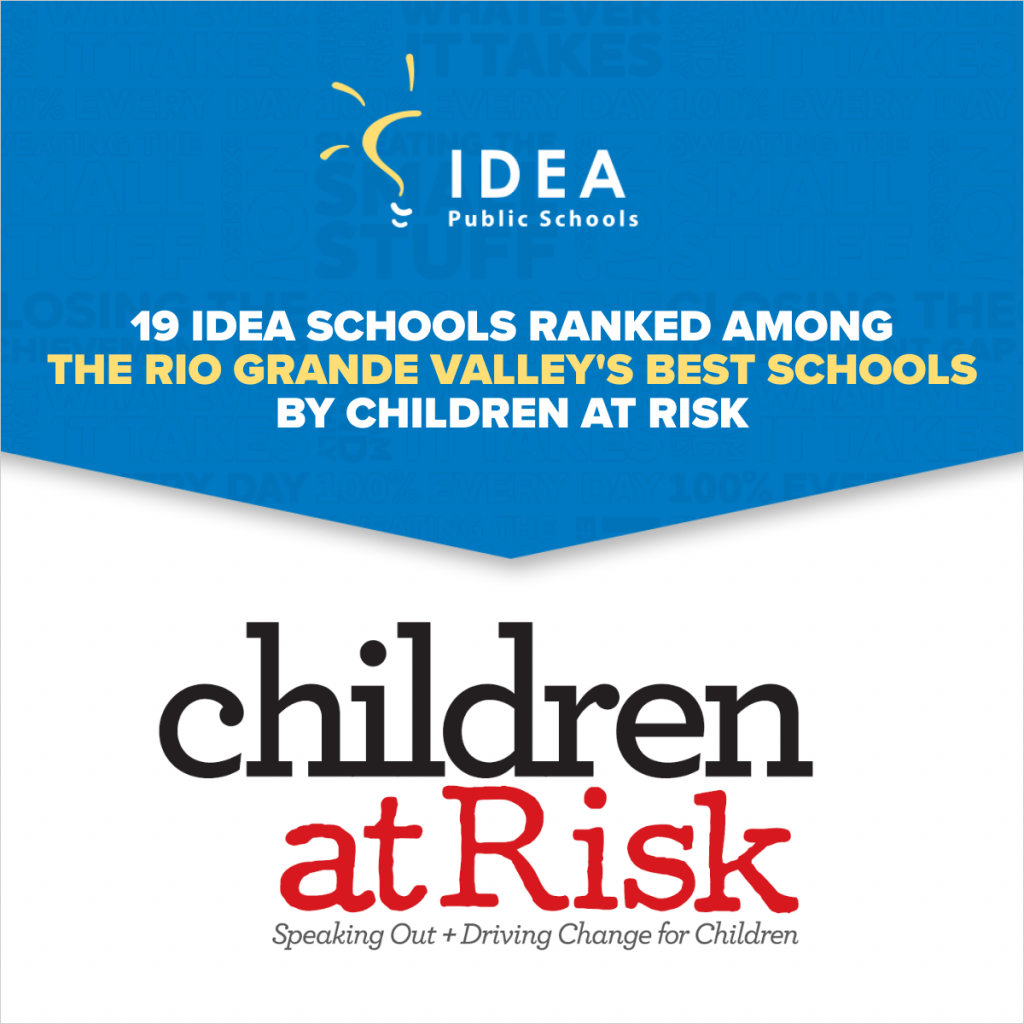 Rio Grande Valley, TX (November 19, 2020) – Several IDEA Public Schools middle and high schools were ranked as some of the top schools in the Rio Grande Valley according to the rankings released by CHILDREN AT RISK, a Houston-based non-profit that drives change for children through research, education, and influencing public policy.

Due to the pandemic, this year’s rankings focused on three-year analyses that showcased campus and district consistency over time via its Three-Year Strong ranking.

“I am so proud of our all of our school’s accomplishments,” says JoAnn Gama, CEO of IDEA Public Schools. “This year has been marred with trials and uncertainty, but one thing remains true–IDEA scholars will continue their path to college.”

IDEA Public Schools was founded in the Rio Grande Valley in 2000. Since then, IDEA has opened schools in Austin, San Antonio, El Paso, Tarrant County, Houston, Permian Basin and Southern Louisiana. Based on the demand from parents for more high-performing public schools that prepare their children for college, IDEA is growing within Texas and beyond. IDEA is the fastest-growing, highest-achieving charter school network in the country, with 120 schools currently serving nearly 66,000 students. IDEA Public Schools is on track to serve 100,000 students in the coming years.