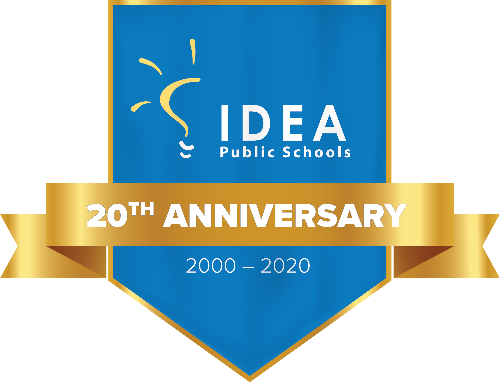 During their time as Teach for America corps members in 1998, Tom Torkelson and JoAnn Gama founded IDEA Academy as an after-school program in Donna, TX. The program was developed to help their students catch up on their academics and prepare for college.

“There was a need and we saw no one else was meeting that need,” says Tom Torkelson, CEO and Founder of IDEA Public Schools. “We said ‘Why not us?’ If we don’t do it, then no one else will.”

The program name IDEA is an acronym for “Individuals Dedicated to Excellence and Achievement.” IDEA enjoyed quick success, and the state of Texas granted a charter to IDEA on March 3, 2000. Beginning with only grades 4-8, the original flagship campus in Donna expanded into a full-scale Pre-K—12 campus in 2014 and was home to the first graduating class in 2007. IDEA Donna seniors began a 14-year (and counting) tradition of 100% college acceptance.

“What gets me up every day is knowing that because of the work of our teachers, leaders and staff, we have more kids that are graduating from high school and are graduating from college,” says JoAnn Gama, Co-Founder, President and Superintendent of IDEA Public Schools. “Then they are coming back to their community and not only are they changing their trajectory, but the trajectory of their families.”

Since 2000, IDEA has grown from a small school with 150 students to 96 schools serving nearly 53,000 students in six regions across Texas and Southern Louisiana.

By 2022, more schools will open in Houston, Permian Basin, Florida and Ohio which will result in IDEA Public Schools serving 100,000 students across the country.

Accomplishments from the past twenty years include:

To learn more about IDEA Public Schools, contact Jennifer Flores at Jennifer.Flores2@ideapublicschools.org, or 210-551-9253.

This year, IDEA Public Schools celebrates 20 years of impact for students, families, staff and communities. Over the past 20 years, IDEA has grown to a family of 96 tuition-free public schools that serve more than 53,000 students across Texas and Louisiana. IDEA believes a quality Pre-K – 12 public education is the key to success in college and life.