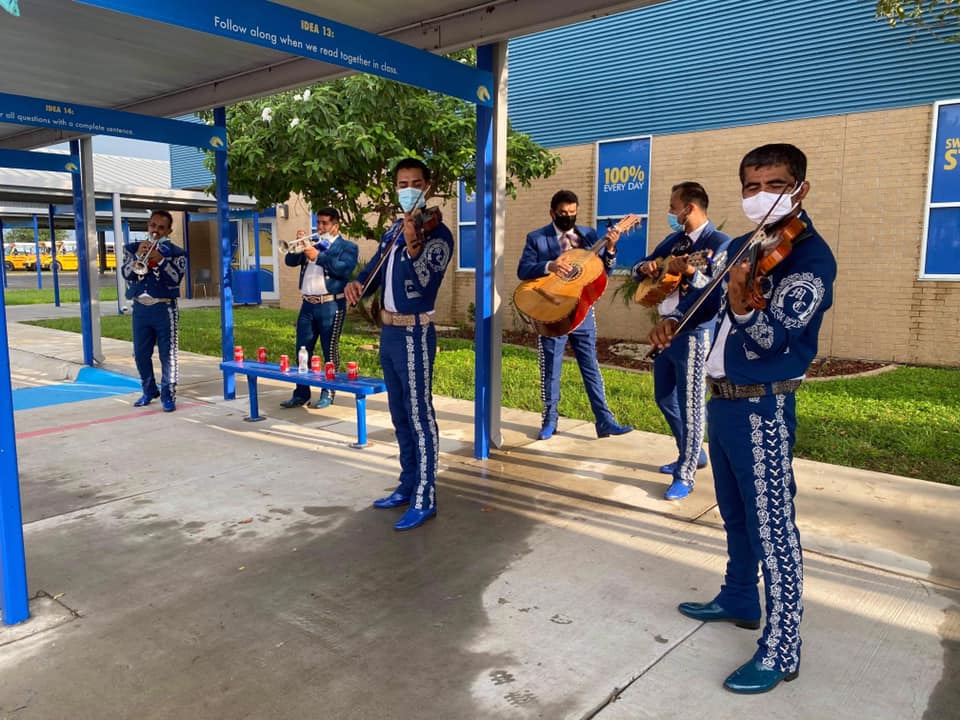 “Preservation of one’s own culture does not require contempt or disrespect for other cultures.” – Cesar Chavez

This month, IDEA Public Schools is proud to celebrate the history, culture, and contributions of U.S. Latinx and Hispanic communities to American society during Hispanic Heritage Month.

The holiday dates back to September 1968, when Congress authorized President Lyndon B. Johnson to proclaim National Hispanic Heritage Week to recognize the rich culture and contributions of Americans who trace their roots to Spain, Mexico, Central America, South America, and Spanish-speaking nations of the Caribbean. Just two decades later, lawmakers expanded the observance to a month-long celebration from September 15 to October 15.

Hispanic Heritage Month–like its shorter precursor–always starts on September 15, a historically significant day that marks the anniversary of independence of five Latin American countries: Costa Rica, El Salvador, Guatemala, Honduras, and Nicaragua. The designated period is also a nod to Mexico and Chile, which celebrate their independence on September 16 and September 18, respectively.

Today, over 60 million people, or 18.5 percent of the American population, are of Hispanic or Latino origin–a significant increase from the year 2000, which registered the Hispanic population at 35.3 million or 13 percent of the total U.S. population.

As an organization that serves a predominantly Hispanic and Latinx student population, we champion this month as an opportunity to educate our students about Hispanic heritage and celebrate the rich cultural traditions of Hispanic-Americans with all students.

“It is incredibly important for our students to know the past because it opens doors to the future,” says Danielle Christina Mullings, Director of Diversity, Equity, and Inclusion at IDEA. “Affinity months allow intentional learning of a certain culture to broaden our understanding of history and the beautiful and often complicated stories of resistance and persistence.”

“When we create spaces where our students can celebrate who they are and where they come from, it produces a sense of pride in their identity that we can leverage to cultivate an inclusive and welcoming culture,” she adds. “If you don’t identify with a culture, these celebrations will allow students to build empathy and connection, which hopefully allows them to understand better and value our unique differences as assets.”

This month, campuses across our regions are holding various events in honor of Hispanic heritage. Be sure to stay tuned to IDEA’s Facebook, Twitter, and Instagram pages as we document the celebratory happenings occurring across our campuses, share the stories of our Hispanic students, teachers, and leaders, and highlight what our students are learning in their classrooms.