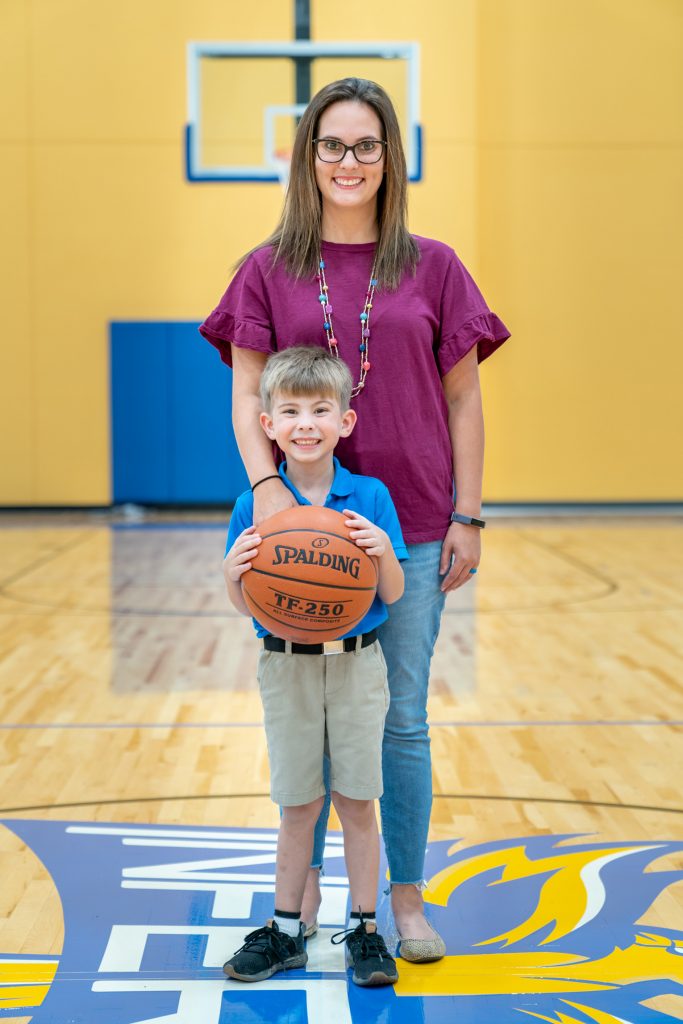 “Mom, do you know what I learned at school today?” asked Connor Funchess, jumping into his mother’s car after his first day in kindergarten at his new school. “‘IDEA kids never give up!’ that’s what I learned.” His mom Ashley Funchess had expected an answer related to reading or writing but was delighted to hear that he was learning about persistence right from the start. “That’s right Connor, IDEA kids never give up,” she reiterated enthusiastically.

IDEA INNOVATION had been on Connor’s radar even before it became a reality. Mother and son would pass the Innovation campus construction site twice a week while the school was being built, and Connor, still in pre-K, would insist that this is where he wanted to enroll for kindergarten. Ashley didn’t take it seriously until she did some research on IDEA and learned of its graduation and success rates in Texas. “Why would you not want to send you kid there?” she recalls thinking.

A few months into the Connor’s first year at IDEA Innovation, Ashley has several observations on what she appreciates about his experience as well as her own as a parent.

Connor himself is most excited about learning how to read. When it comes to his unique needs, Ashley was concerned about him going to a big school, falling behind and not having the opportunity to catch up and keep up with his peers. But in his classroom, she notes, he is far from a number. “His teacher loves him so much and is so patient with him,” she says. She likes that students are separated into groups according to their learning abilities and styles, so that without getting singled out, their individual needs are still being met.

As a parent, what she has most appreciated is that she gets the answers she needs: “The staff are always there to help. If you have a question and they don’t know the answer, they will go find it for you while you’re sitting right there.” She has found the school willing to step in and help out even when it comes to logistical challenges such as figuring out carpool.

Ashley is also doing her part to support and keep an eye on the school. “I’m the type of parent who wants to be very involved in my child’s school. I want to know what’s going on. If my child is having issues, tell me why and how to fix it. I want to know how I can help.” She feels like a lot of parents want to be involved in this way, but don’t always know how or where to start. So, she made a decision: “I decided to put myself out there. I thought if I showed what I am doing and say, ‘Why don’t you come join me?’ more people would show an in interest in also being a part of their child’s school.” Ashley has taken an active role on-campus as a room parent in Connor’s class. She says the experience has allowed her to become an active member of the school community while giving her a new respect for the hard-working teachers and staff.